Go under the water’s surface to experience the hidden beauty of Lake Simcoe and Georgian Bay.

The J.C. Morrison was built in 1854 at Belle Ewart, and was launched in 1855 for the Ontario, Simcoe, and Huron Railway Company. The ship was named after the president of the company, Joseph Curran Morrison. One night in August of 1857, she caught fire and was set adrift in Kempenfelt Bay to avoid burning the docks. She burned to the waterline and sank in 30 feet of water.

The wreck of the J.C. Morrison is one of the most popular dive sites in the Southern Ontario region. In part, due to its shallow 30 ft depth and its easy accessibility. It is within an hour's drive of Toronto and has plenty of room to allow divers to get geared up on shore as it is located just off Barrie's Centennial Beach. Typically done as a shore dive, it is a 10-minute swim out to the wreck, guided by a line that runs from shore.

Caution should be exercised though, as boats, jet skis, and fishermen often are in the area around the wreck as many fish inhabit the wreck, especially in the summer months when the water is warm. As such, this wreck should be considered a virtual overhead environment as surfacing can be potentially hazardous due to the frequent boat traffic. Having a dive flag is arguably a good idea, as it has been seen that clueless jet skiers and boaters have used diver's flags as turning buoys, despite better judgment.

On a good day, there is excellent visibility. A great activity and a very popular diving area. Explore the depth of Barrie's history with a great adventure under Kempenfelt Bay with the historic J. C. Morrison. 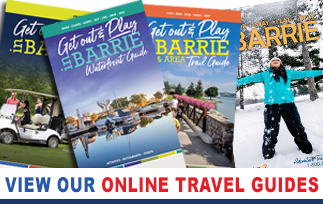 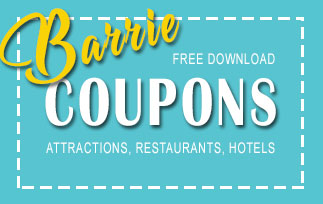 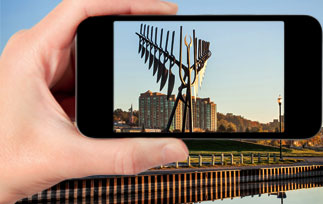